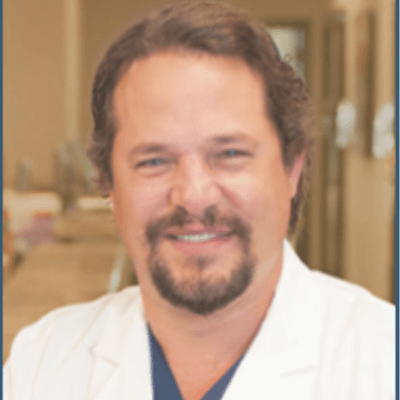 William B. Plauche was born and raised in South Louisiana. Dr. Plauche's interest in medicine stems from his grandfather who was a family practice physician that served a small community as the only physician. Observing his grandfather's selfless service to his community made a lasting impression on Dr. Plauche. These influences instilled a strong sense of family and community and ultimately lead to Dr. Plauche pursuing his own career in medicine.

Prior to college, Dr. Plauche entered the United States Army in 1990 and served the next four years as an infantry soldier. He then transferred into the Louisiana National Guard then later into the Army Reserves where he served for the next eleven years, spending the final six years as a medical officer providing medical services to soldiers deploying to Iraq and Afghanistan. His dedication, motivation and professionalism earned him three Certificates of Achievements, two Army Acheivement Medals and an Army Commendation Medal.

In 1994, while serving in the Louisiana National Guard, Dr. Plauche entered college at Northeast Louisiana University in Monroe, Louisiana. He received his Bachelor of Science in 1998 where he graduated Summa Cum Laude. Dr. Plauche then pursued his dream to become a physician and entered medical school at Louisiana State University Health Science Center in Shreveport, Louisiana. After graduating medical school in June of 2002, he entered his Medical Internship as Scott & White Hospital in Temple, Texas and the following year he started his Ophthalmology Residency at Scott & White Hospital in Temple, Texas while at the same time serving as a medical officer in the United States Army Reserves. His ophthalmology training was completed in June of 2006 and in July of 2006 Dr. Plauche joined RGB Eye Associates in Sherman, Texas.

Dr. Plauche and his wife Cheryl have two children, Avalon and Hunter. Plauche lives in Sherman, Texas where he enjoys spending time with his family, gardening and many other outdoor activities.